While it’s hardly the national sport, Ice Hockey is bigger in Australia than most people realise. That said, about 75% of the players are ex-pat Americans, Canadians & Europeans :)

A bit of background info, The Fisherman has been playing hockey for almost 20 years, and in our 5 seasons together, I’ve been to almost every game. I’ve spent the last 3 years shooting from the bench with the boys and despite one close call; I’ve never been hit with the puck!

At the end of the season, I spend the better part of a week sorting through thousands upon thousands of photos to put together a 20 minute slideshow for the end of year party. 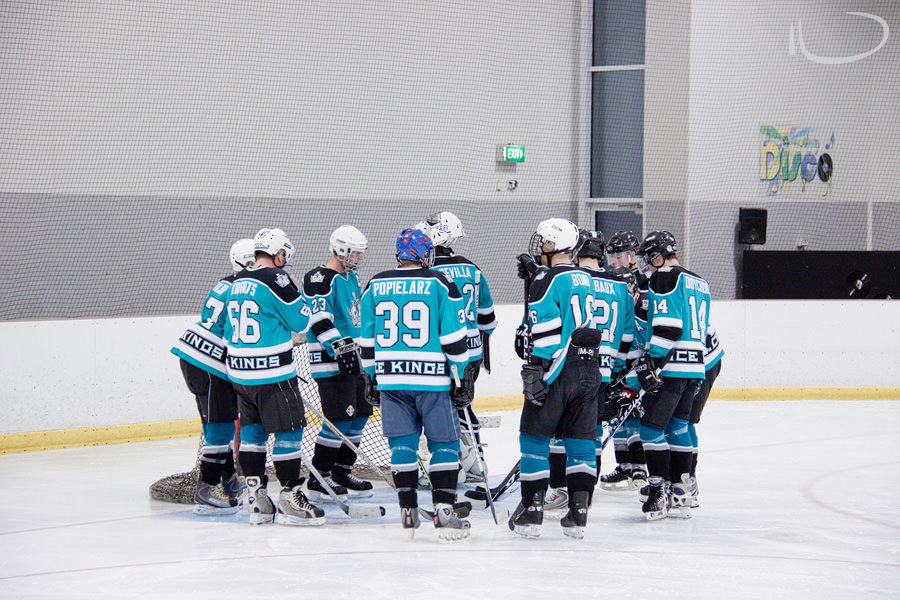 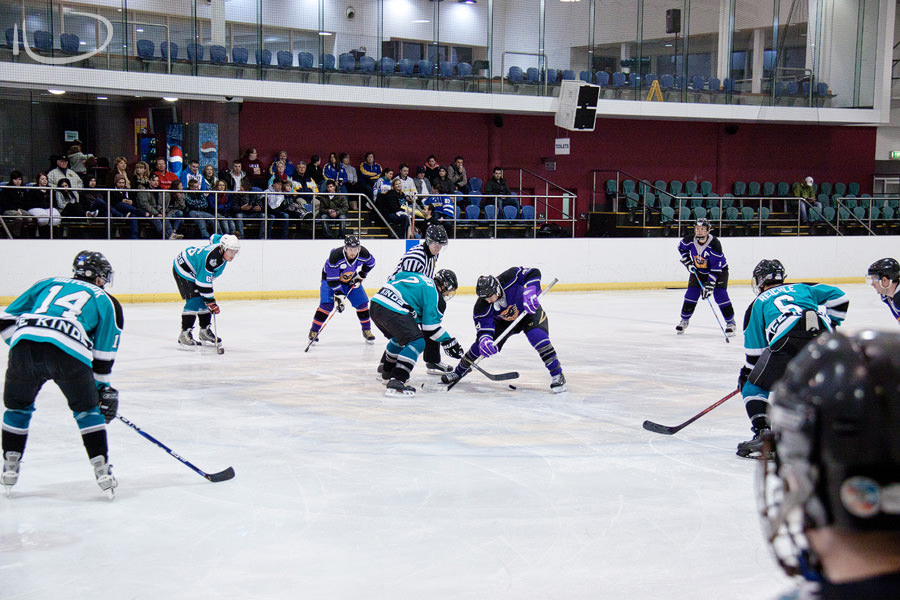 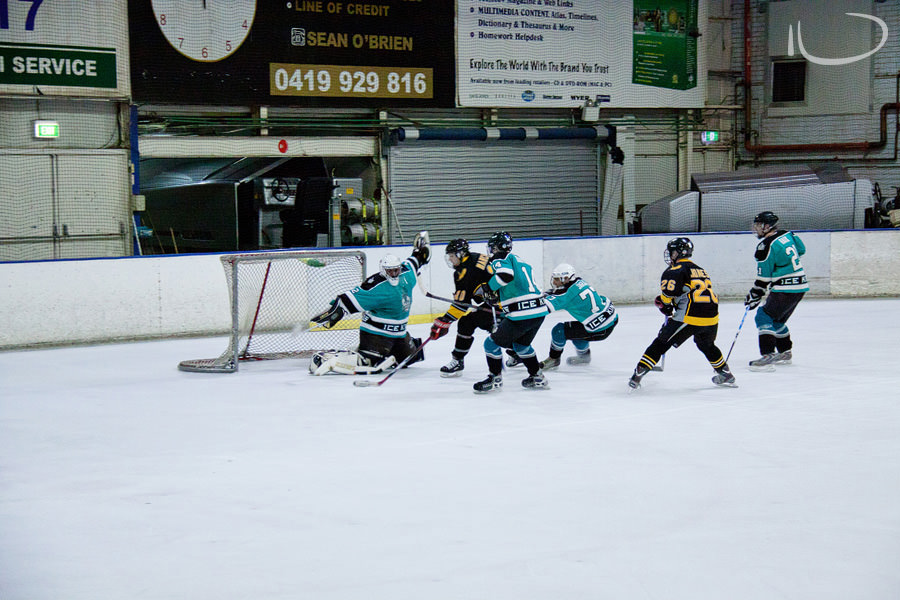 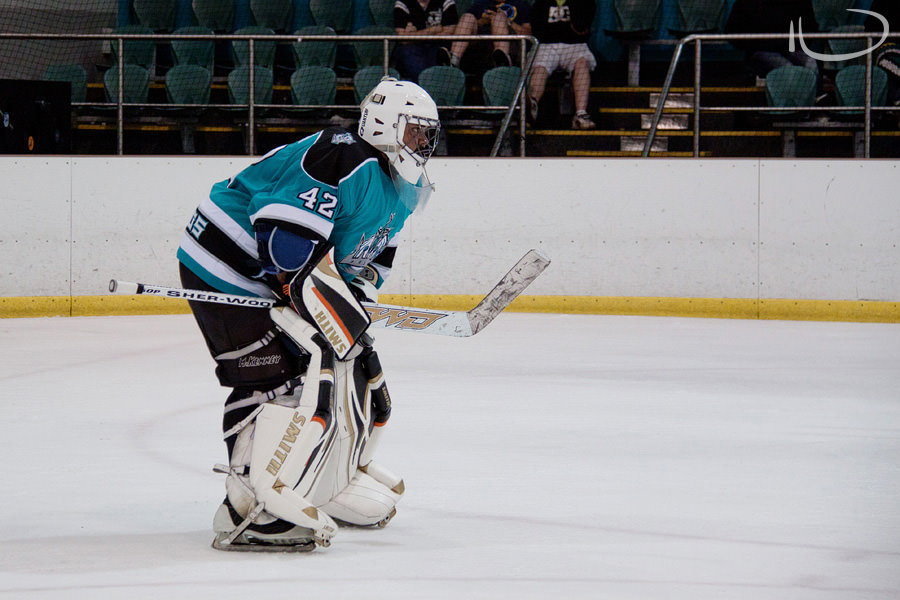 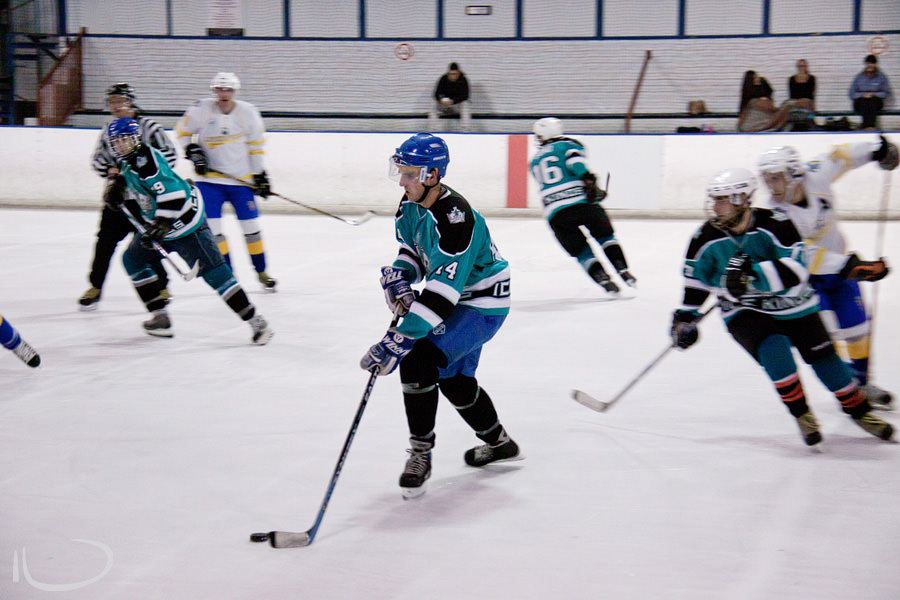 There were plenty of fights, but they mostly only make sense as a series 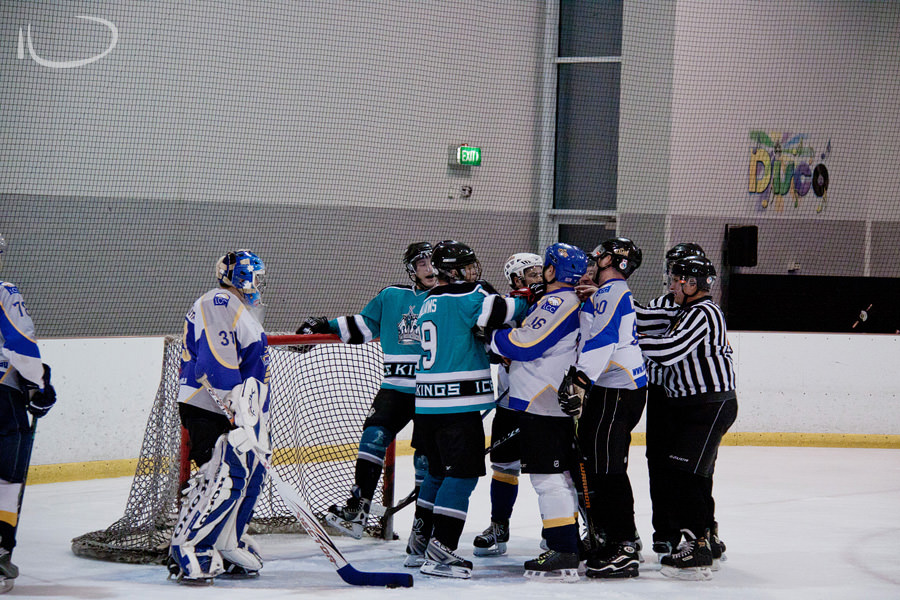 I’m sure all the fella’s will cringe at this :) 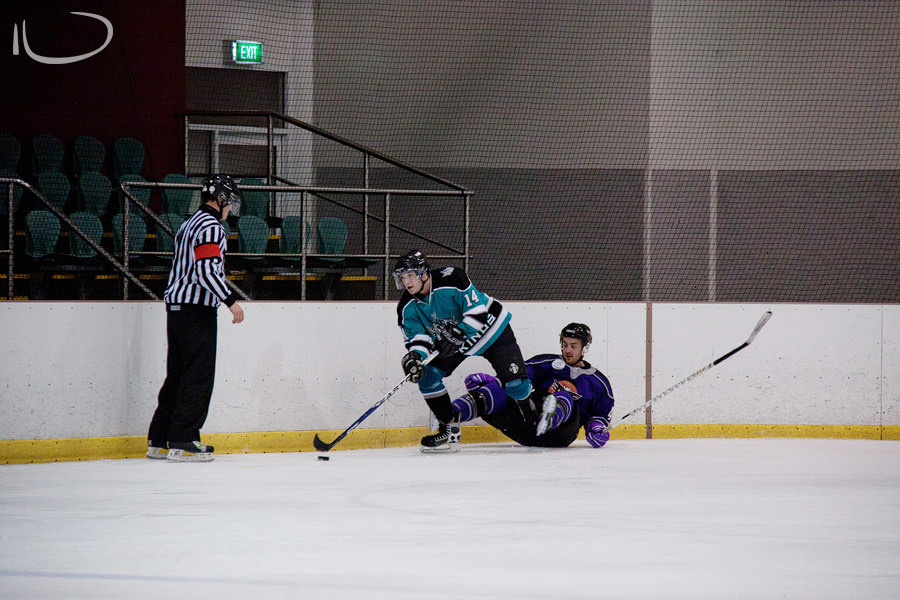 Having shot easily 100 games, I’ve become pretty good at anticipating what’s going to happen next. Here’s a goal from the Semi Final – the wind up, the goalie going down, and the celebration that followed. They were pretty excited to say the least! 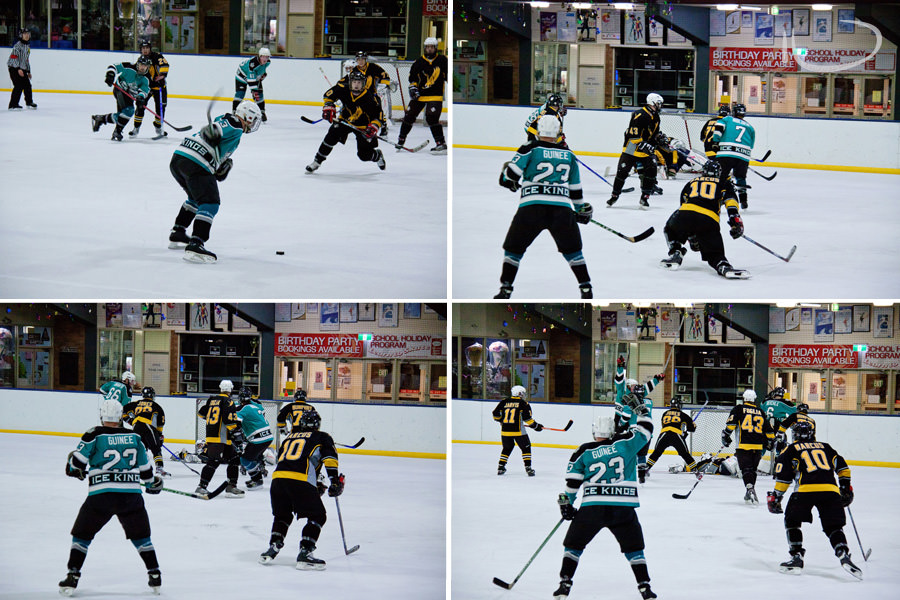 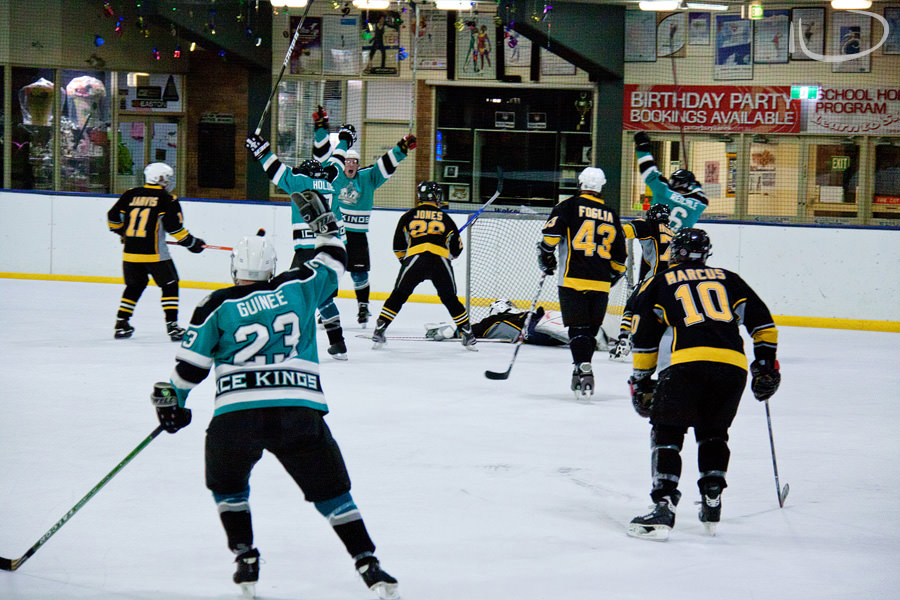 Apparently #67 thought he was pretty hard done by for getting penalised for tripping here. Seems pretty clear cut to me! 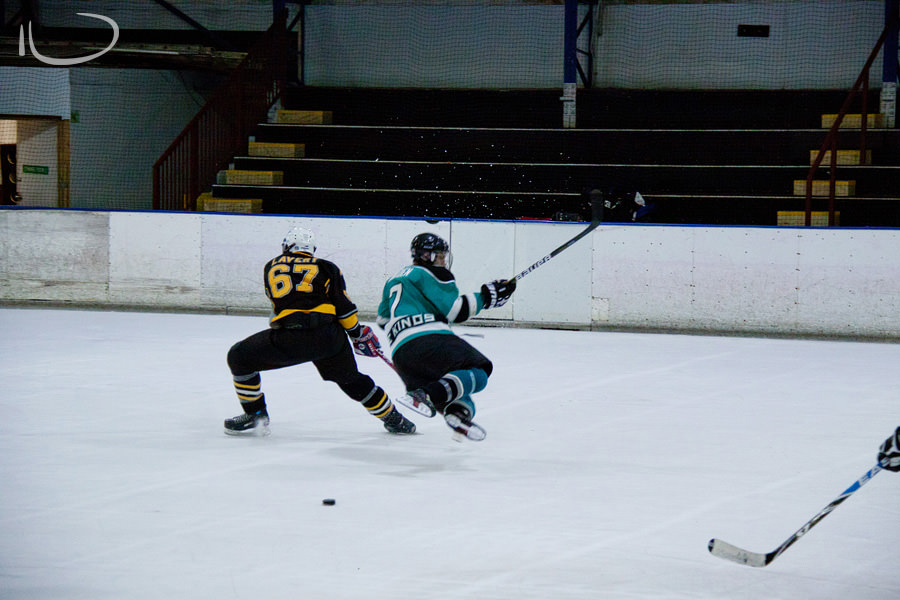 The Semi Final came down to this goal in double overtime. The Kings were the underdogs much of the season, and gave the Eagles quite the upset. 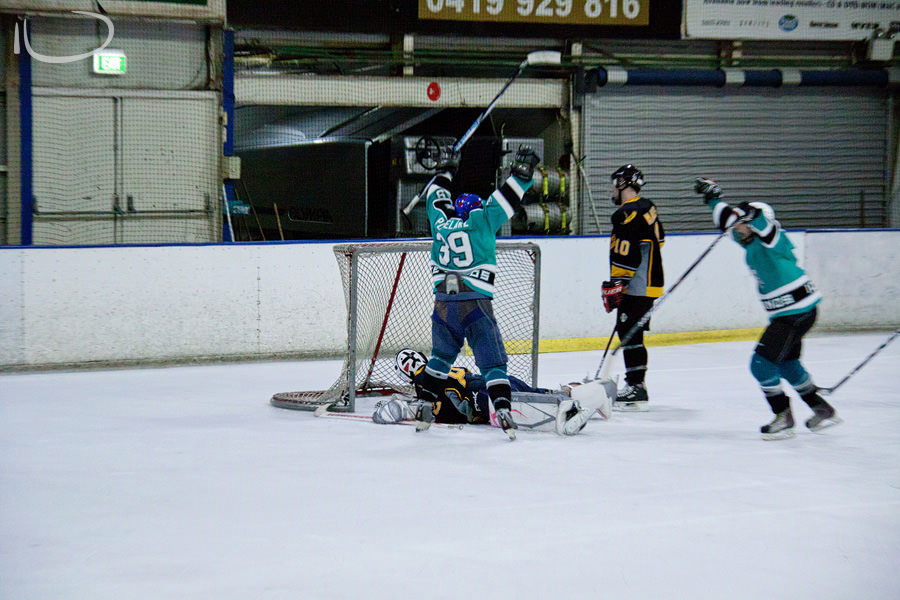 The Grand Final wasn’t meant to be however. Down 3-0 in the last period, The Kings scored with 15 seconds on the clock. My favourite thing about this shot; is while the goal scorer is celebrating in the background, the captain’s immediate reaction is to check the time left on the clock. 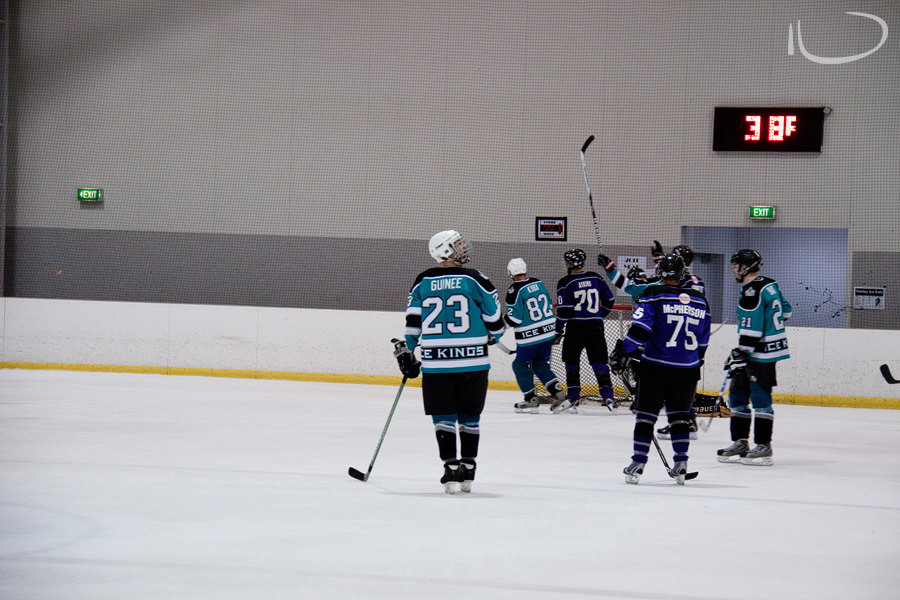 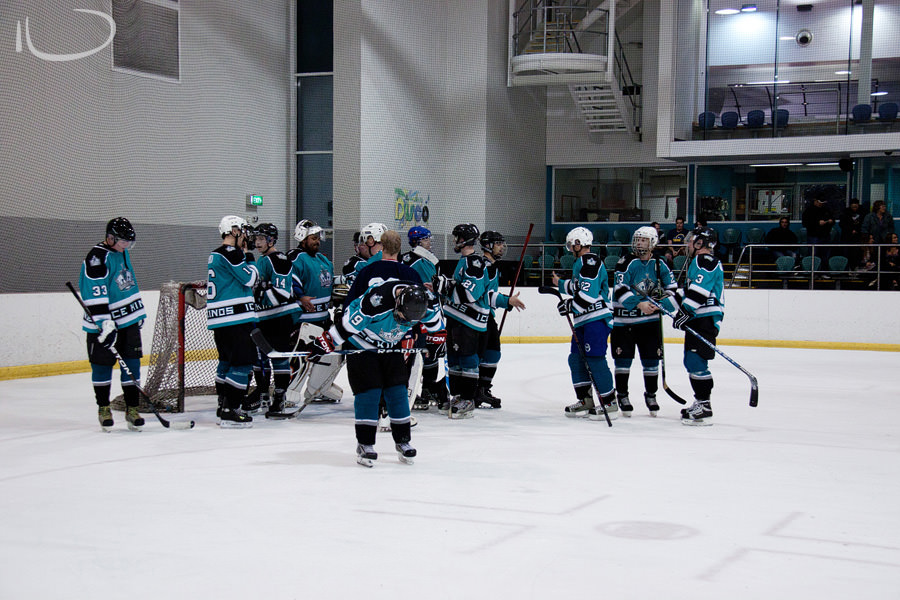 Some are happier than others with their silver medal :) 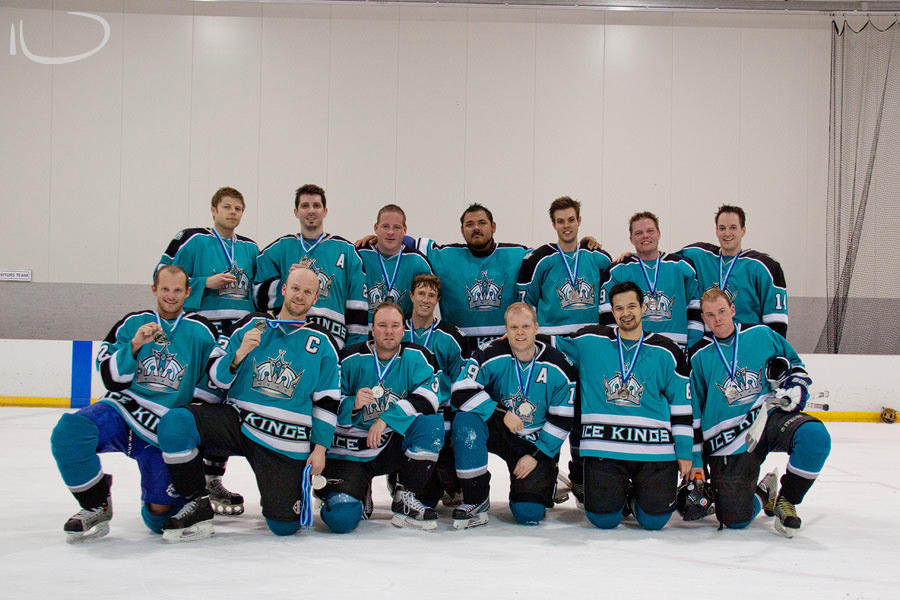 Here’s a trailer I put together as a teaser a few days before the party (I know it’s super cheesy, but that’s what makes it awesome!).

Congratulations to the Ice Kings for another awesome year.  My boys did me very proud!